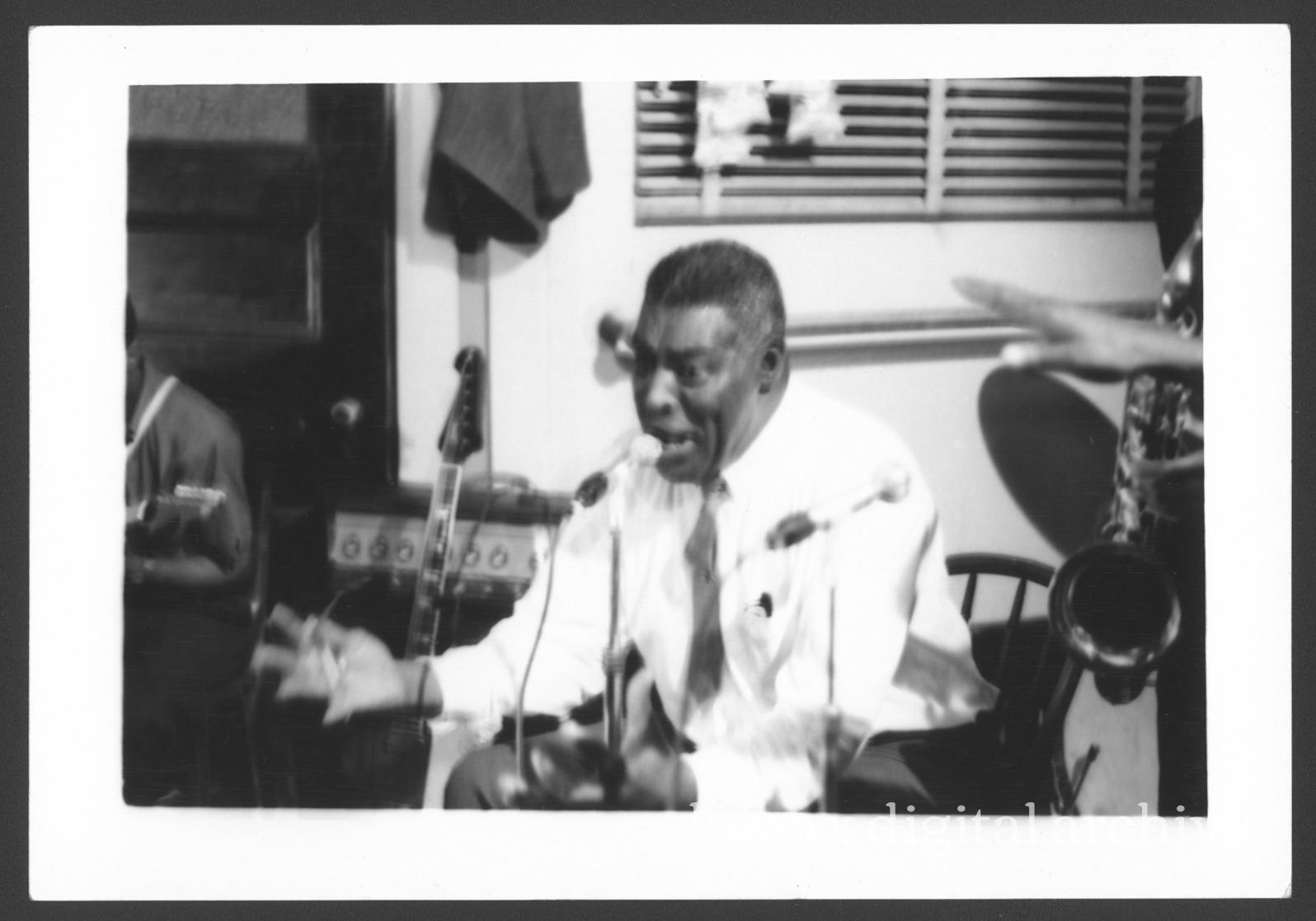 Date recorded: July 21, 1966
Contributor(s): Photographer: Lomax, Alan
Subject(s): Burnett, Chester (Howlin' Wolf)
Location: Newport, Newport County, Rhode Island, United States
Archive ID: P4550
Original ID: 01.08.0003
Belongs to: Newport 1966
About the session: In 1966, Alan Lomax arranged for a crew to film and record portions of that year’s Newport Folk Festival, some aspects of which he had programmed. These included a "blues cutting" (featuring Son House, Skip James, and Bukka White); a "gospel battle" (with the Dixie Hummingbirds, Swan Silvertones, and Dorothy Love Coates and the Original Gospel Harmonettes); and a fiddle contest (including Clark Kessinger, Angus Chisholm, and the Coon Creek Girls). In addition to impromptu recordings of some festival participants—such as Canray Fontenot and Alphonse "Bois Sec" Ardoin, Joe Heaney, Dock Boggs, Bessie Jones, and Janie Hunter—Lomax also arranged for the filming of performances by House, White, James, Howlin' Wolf, and Rev. Pearly Brown in an ersatz juke joint he designed on the premises.
Rights: The rights to the audio, photographic, and video materials contained within the Lomax Digital Archive are administered by various publishers, record labels, collectors, estates, and other rights holders. Any uses, commercial or not, must be cleared by the specific rights holders. For questions regarding the use of any material on the LDA, please contact Permissions.
Do you have something to add, or do you see an error in this record? We'd love to hear from you.

More from the session