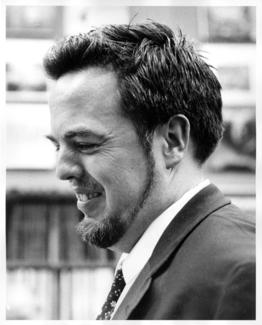 Musicologist, writer, and producer Alan Lomax (b. Austin, Texas, 1915) spent over six decades working to promote knowledge and appreciation of the world’s folk music. He began his career in 1933 alongside his father, the pioneering folklorist John Avery Lomax, author of the best-selling Cowboy Songs and Other Frontier Ballads (1910). In 1934, the two launched an effort to expand the holdings of recorded folk music at the Archive of American Folk Song at the Library of Congress (established 1928), gathering thousands of field recordings of folk musicians throughout the American South, Southwest, Midwest, and Northeast, as well as in Haiti and the Bahamas. Their collecting resulted in several popular and influential anthologies of American folk songs, including American Ballads and Folk Songs (New York: Macmillan, 1934); Negro Folk Songs as Sung by Lead Belly (New York: Macmillan, 1936), the first in depth biographical study of an American folk musician; Our Singing Country (with Ruth Crawford Seeger) (New York: Macmillian, 1941); and Folk Song USA (New York: Duell, Sloan and Pierce 1947).

After completing a philosophy degree at the University of Texas in 1936, Lomax conducted field research in Haiti with his wife, Elizabeth Lyttleton Harold. The next year, Lomax was appointed Assistant in Charge of the Archive of American Folk Song. In 1939, while doing graduate work in anthropology at Columbia University, he produced the first of several radio series for CBS. American Folk Songs, Wellsprings of Music, and the prime-time series, Back Where I Come From, exposed national audiences to regional American music and such homegrown talents as Woody Guthrie, Lead Belly, Aunt Molly Jackson, Josh White, the Golden Gate Quartet, Burl Ives, and Pete Seeger.

A joint field trip conducted by the Library of Congress and Fisk University in 1941 and 1942, and described in Lomax’s 1993 memoir, The Land Where the Blues Began, took him even deeper into the musical and cultural world of the African American South. In the hill country of Mississippi, he documented styles of fife-and-drum and quills (panpipes) music, ground-hugging dance, and hocketing song that had kept remarkably close to their African roots. In the Delta he interviewed and made the first recordings of 29-year-old singer and guitarist McKinley Morganfield, later known as Muddy Waters. In 1947, for the fifth time, Lomax returned to Mississippi with the first portable tape recorder to make high-fidelity recordings of Delta church services and of the prisoners’ work songs at Parchman Farm (the notorious state penitentiary), which he ranked among the world’s great music.

In the 1950s, Lomax compiled and edited an 18-volume LP series for Columbia Records anthologizing world folk music (a project which anticipated a similar UNESCO world music series by several years). His collecting and his collaborations for this project — with Diego Carpitella in Italy, Seamus Ennis in Ireland, Peter Kennedy in England, and Hamish Henderson in Scotland — laid the foundations for folk song revivals in those countries. Lomax, Kennedy, and their colleagues introduced scores of listeners to British and world folk music through BBC radio and television.

Returning to the United States in 1958, Lomax set out on two more long field trips through the American South. His stereo Southern Journey recordings resulted in nineteen albums issued on the Atlantic and Prestige International labels in the early 1960s. In 1962 he made an extensive survey of traditional music in the Eastern Caribbean, also in stereo, under the auspices of the University of the West Indies. Together with his Haitian and Bahamian recordings of the 1930s, and recordings made in Santo Domingo in 1967, Lomax’s Caribbean corpus amounts to some 150 hours of music, interviews, and konts (story-songs).

While in his sixties, Lomax embarked on a final series of field trips to the American South and Southwest, this time with a film crew and script ideas for exploring several fertile regional and ethnic American musical cultures. This resulted in American Patchwork, a prize-winning five-hour television series, which aired on PBS in 1990. Also in 1990, Blues in the Mississippi Night was reissued on Rykodisc, and Sounds of the South, a four-CD set of Lomax’s 1959 Southern recordings, was reissued by Atlantic Records in 1993. The Alan Lomax Collection (1997–2007), a CD series anthologizing Lomax’s six-decade recording career, numbers over a hundred volumes.